This page, and the text above, tested what happens when a page is created, saved, and then simultaneously edited (with the first text added by "User1", the second by "User2" who then initiated the first, of two, saves).

Here are the final screenshots from the test that failed, showing the error message that appeared when User1 tried to initiate the second save, and the history screen. 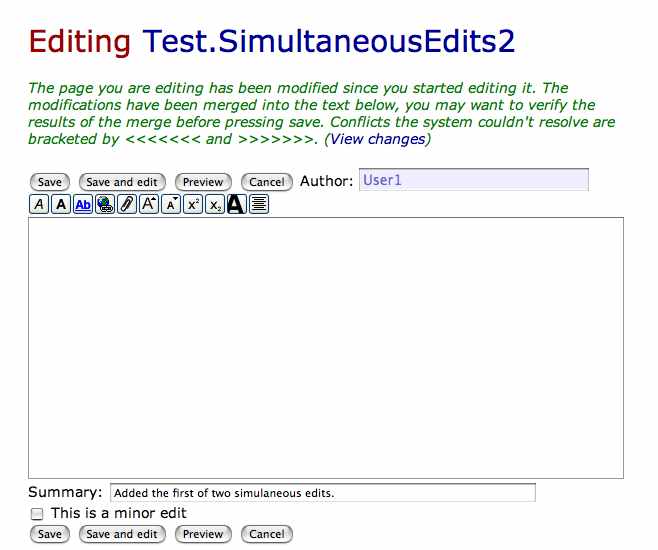 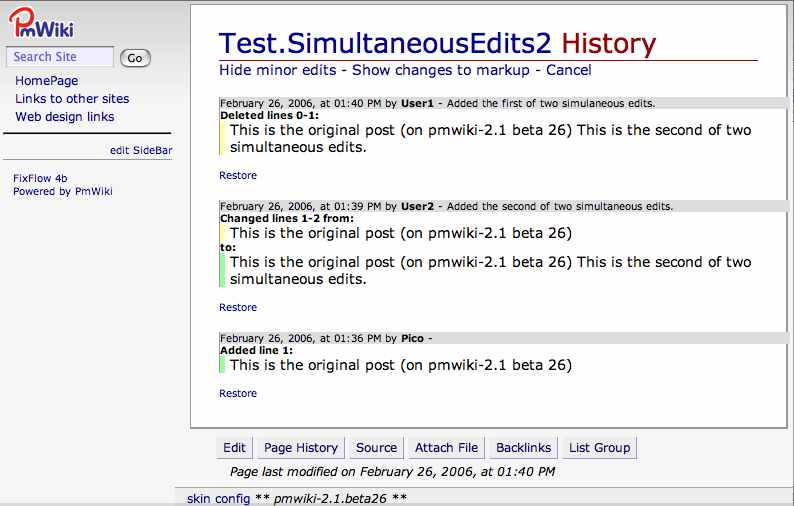 If you need to see other screenshots along the way, here they are:

Test that failed on other server